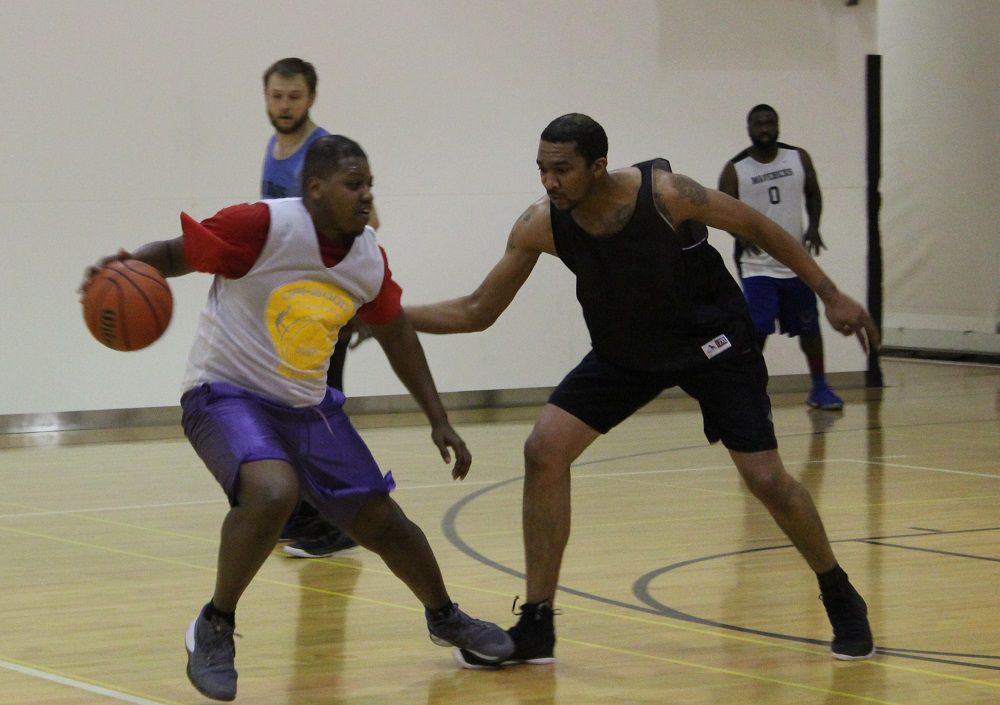 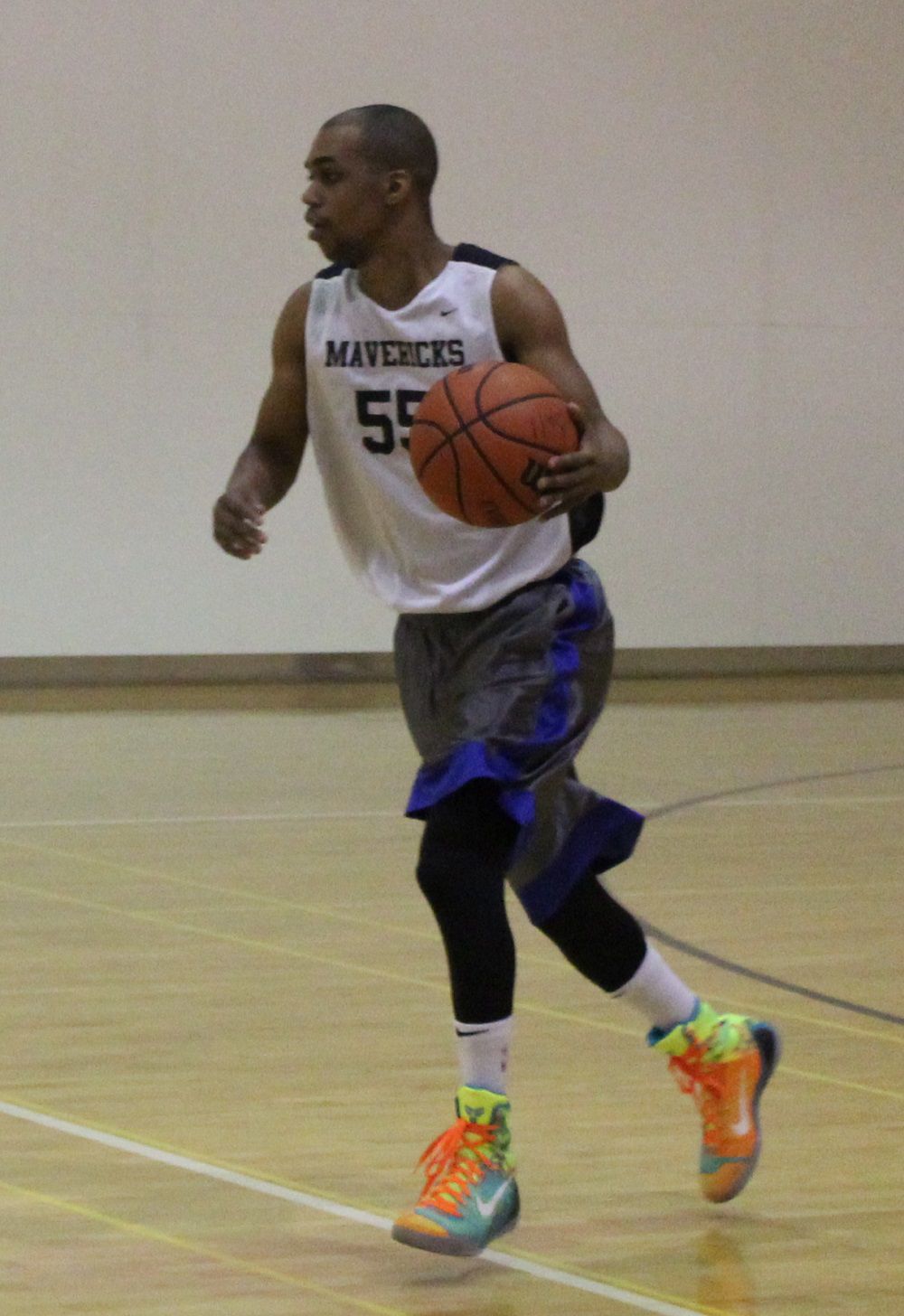 The Mavericks responded when their double-digit lead in the second half shrank to two points.

They built another double-digit lead and beat rival Space Jam 84-63 on Thursday night at the Marshall Wellness Center. The defending champion Mavericks won the season series 3-2 in the final game before the playoffs.

“We rode Adrian’s and DJ’s hot shooting and then we got some stops to help push our lead in the first half,” Mavericks player/coach Mike Baez said. “In the second half, they made a run right after halftime to cut it to four. And Willie (Lawson) came in and got up some easy layups. They had a lot of turnovers in a spurt and that helped us make our run.”

“Defense,” Davis said. “Defense and team camaraderie. Playing together. When they started getting close, we were able to lock down on defense and pull away from them.”

Willie Lawson, a 6-foot-4 forward, provided a boost when he arrived two minutes into the second half. He was late because he was coaching the Redstone 10-and-under Rockets to a city tournament semifinal win over Eastern, 32-22 at the Optimist Recreation Center. The Rockets advanced to the final against Lakewood.

Lawson contributed 10 points and two rebounds for the Mavericks. He made a three-point play for a 62-53 lead at 7:29.

“I think I gave a little energy to the team since I was fresh,” he said.

“They had a run, we had a run, they had a run,” Space Jam player/coach Byrd Hayes said. “We had five turnovers in a row (in the second half). Couldn’t recover.”

“Great team effort,” Hall said. “We stayed with it. We got down early, came back and kept pushing.”