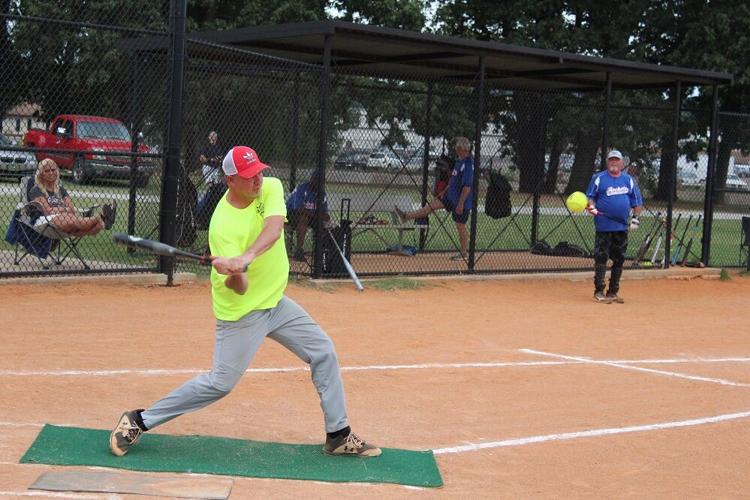 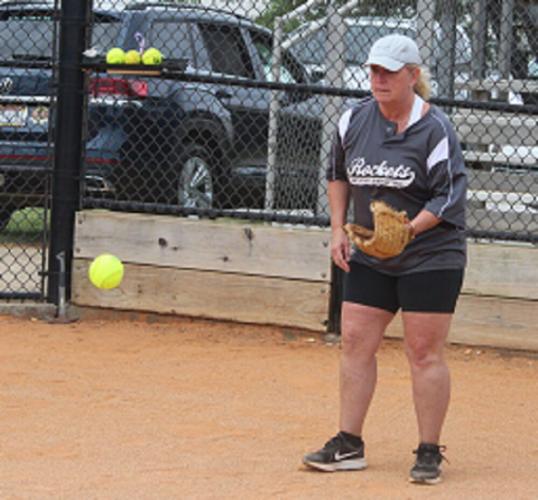 At 6-foot-5, Jeff Smith makes an imposing presence in the right-handed batter’s box.

He plays big, too.

Smith hit a three-run homer and drove in seven runs as royal blue outslugged gray 22-14 on July 18 at field 2 in Brahan Spring Park. They play in the 55-and-over Rockets league in Huntsville Senior Softball.

“It was nice to have almost the entire team at the game tonight,” Smith, 55, of Priceville, said. “We played really good defense and had some key hits.”

“It was great to have all the guys back. We had the whole team here today,” Thomson said. “We played a complete game both offense and defense, made a difference.”

David Key hit a two-run homer for gray (8-12). But the left-hander pitched the last five innings and took the loss. Ron Baer went 4-for-4 with two doubles and three runs batted in.

Lori Ciranni, Redstone’s sports, fitness and aquatics director, made her league debut at catcher for gray and went 1-for-4.