Runners competing in the 10K sprint down Church Street in downtown Huntsville at the start of the 2021 Cotton Row Run. 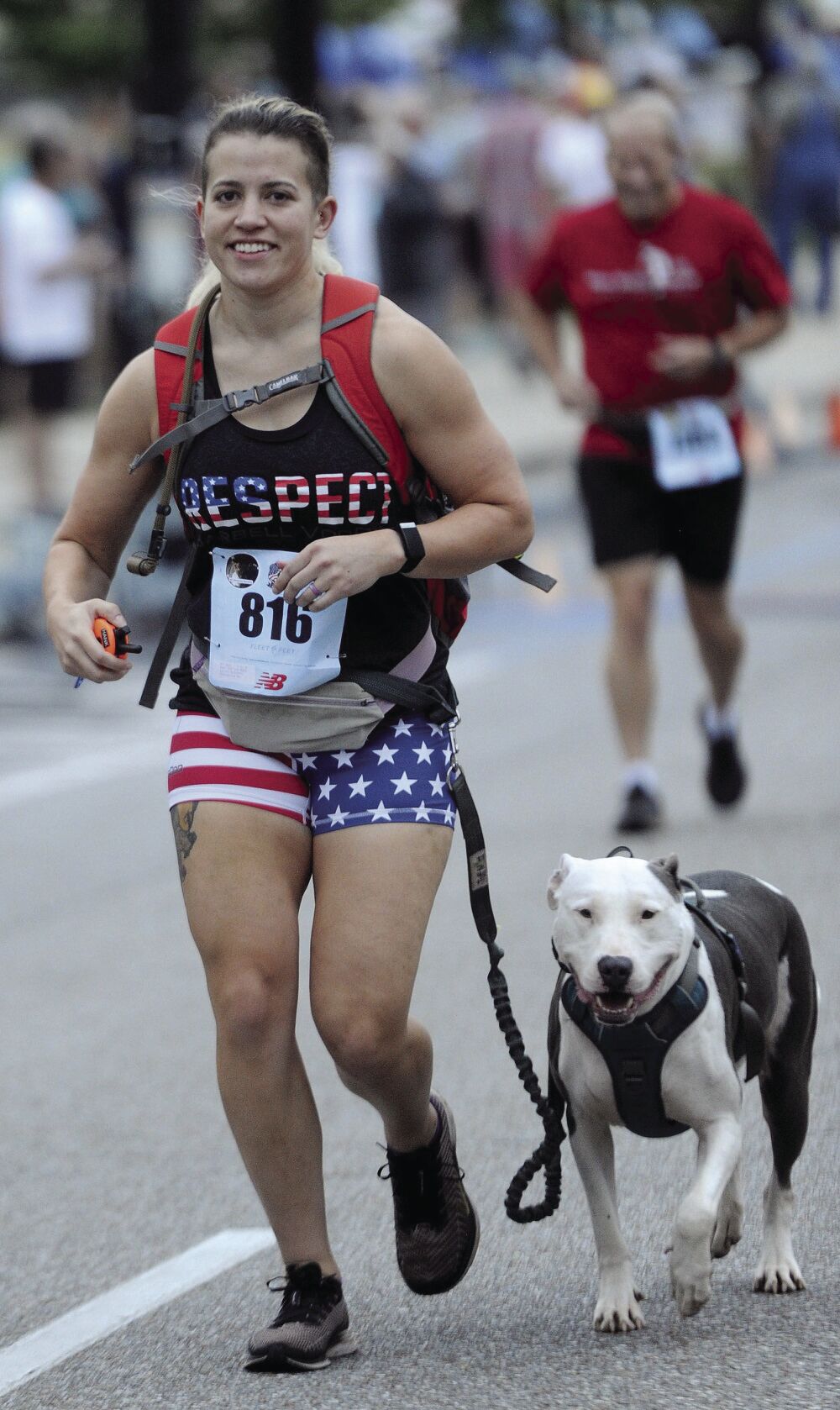 Lauren Mitchell runs with her dog at the Cotton Row Run.

Runners competing in the 10K sprint down Church Street in downtown Huntsville at the start of the 2021 Cotton Row Run.

Lauren Mitchell runs with her dog at the Cotton Row Run.

Every single one of them was representing a fallen warrior from the North Alabama area.

The 41st Cotton Row Run, rescheduled from Memorial Day to Labor Day this year, was an opportunity for athletes from near and far to get in some activity on their day off while honoring the lives of service members lost in battle.

Mac Love, a Gold Star father who lives in the Huntsville area and volunteers with the Cotton Row Run, appreciated the opportunity to honor his son, Scott, who was killed in Ramadi in June 2006.

“The Cotton Row Run and the track club have been pretty supportive of recognizing the service people in the community who have been lost,” Love said. He and his wife, Lydia, worked with race director Donna Palumbo to coordinate the stickers and hope to make it a Cotton Row Run tradition.

There were also photos of lost service members posted along the race’s course, which started on Church Street by Big Spring Park and wound through downtown Huntsville.

Annette Hall, a Gold Star mother, spoke to runners before the 10K and 5K races, compelling participants to keep in mind the service members they were running in honor of.

“These are the words they lived by: duty, honor, courage, service, sacrifice,” Hall said. “They completed their missions. Your mission today is to run in honor of that fallen warrior…so go finish your mission.”

Winners received cash prizes of up to $1,200, and a 2021 Toyota Camry was also given away by Bill Penney Toyota, the race’s presenting sponsor.

“The Huntsville Track Club is happy that we could hold the race this year and look forward to returning to Memorial Day in 2022,” Palumbo said.

Redstone Arsenal Survivor Outreach Services coordinated a line of American flags and a living memorial along the course.