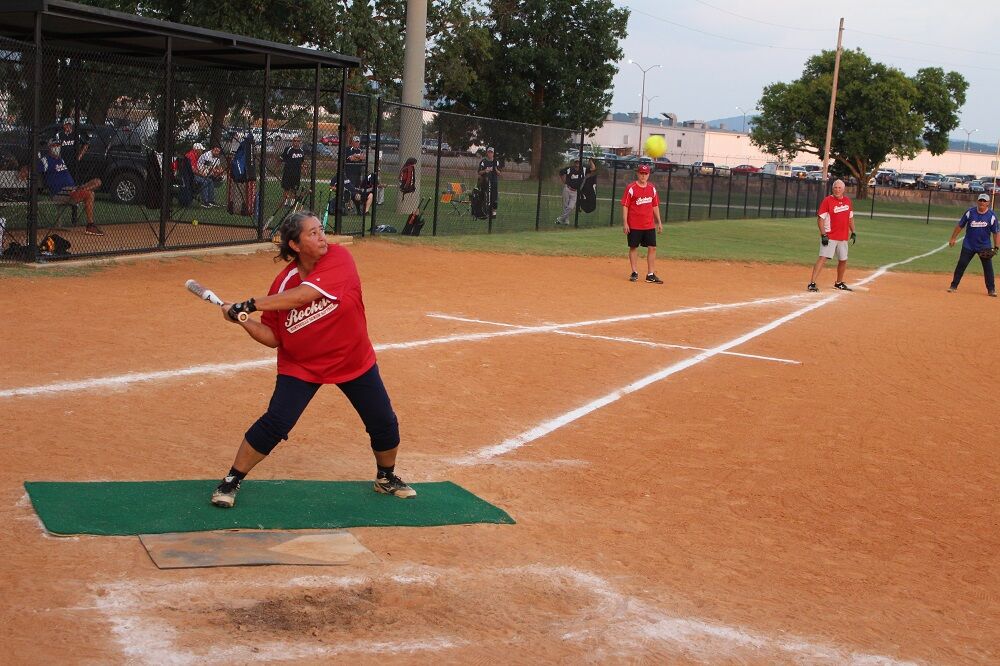 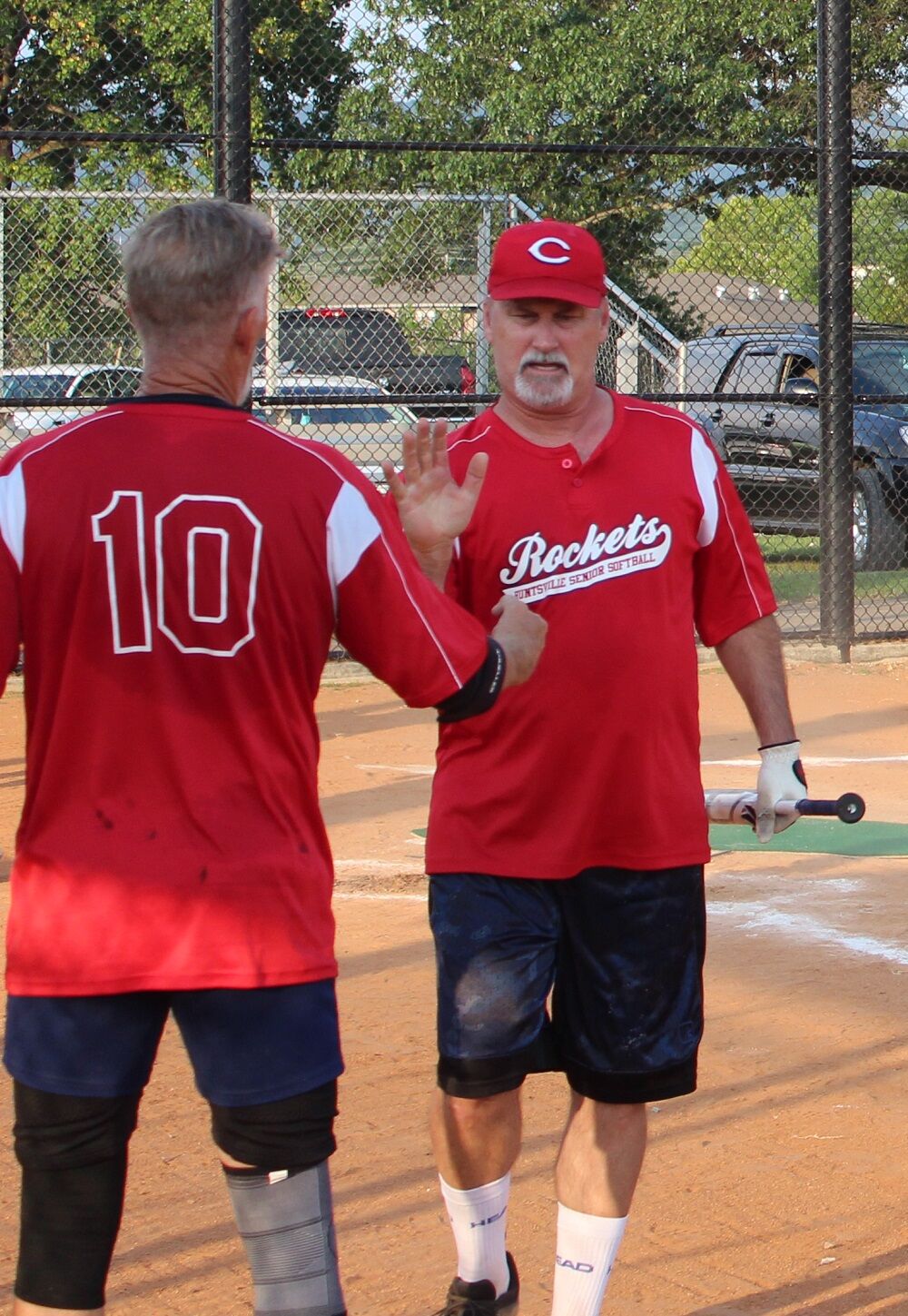 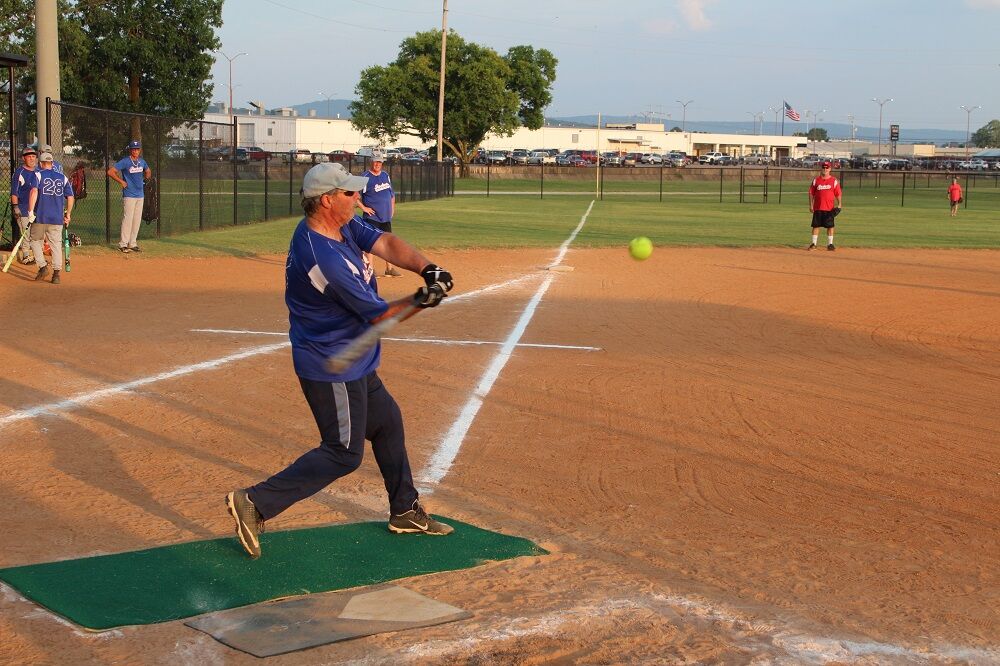 Rena Campbell joked that she likes playing catcher because she doesn’t have to run that far.

But with the bases loaded and her team trailing by one run in their last at bat, she knew she had to make it to first base. With one out, the batter ahead of her got walked to set up a potential game-ending double play. Campbell had showed her catcher’s speed the previous inning when she got thrown out at first base on a rare right fielder-to-first putout although she did drive in a run that time.

Campbell delivered with the game on the line. She lashed a single, tying the game and the winning run scored on an ensuing error on the play.

The red team edged the blue 16-15 in senior softball Aug. 10 on field 2 at Brahan Spring Park. This was a 55-and-over Rockets game in Huntsville Senior Softball.

Campbell, a retired Army nurse, went 3-for-4 with two runs batted in and a run scored.

“It was probably the best game that I’ve had since I’ve played with this league,” she said. Campbell started playing in the Rockets league in 2017 and she is one of its two female players.

She retired in 2014 as a major at Tripler Army Medical Center, Schofield Barracks, Hawaii, after 23 and a half years of service, starting with the Navy. She served two deployments in Iraq, 2004-05 and 2007-09. She was born in North Carolina and grew up in an Army family in Alaska, Missouri and then Alabama. Campbell, 59, now resides in Huntsville.

“It’s a team effort,” she said when she heard that she was credited with deciding the game. “No one person wins a game.”

“They never give up,” red player/coach Phil Haas said. “When we went a man down, they picked it up even more. We’re proud of our catcher, Rena. She plays all the men’s rules – the ball size, bat size. She has no advantage being a female at all. And she plays really well. If she doesn’t play well, we lose. It’s that simple today.”

This game had an all-to-familiar script for the blue.