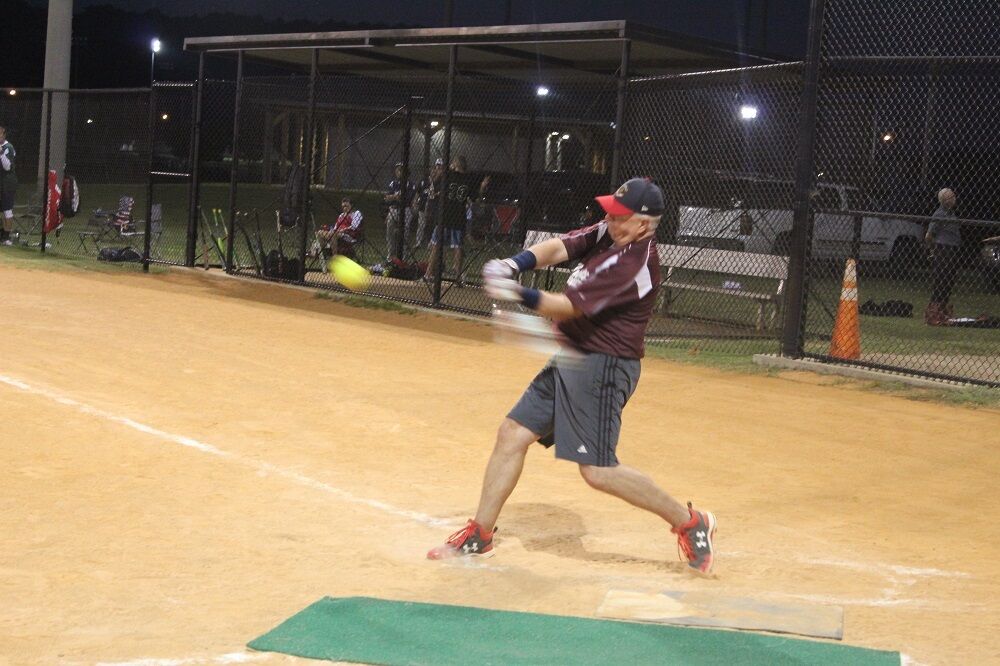 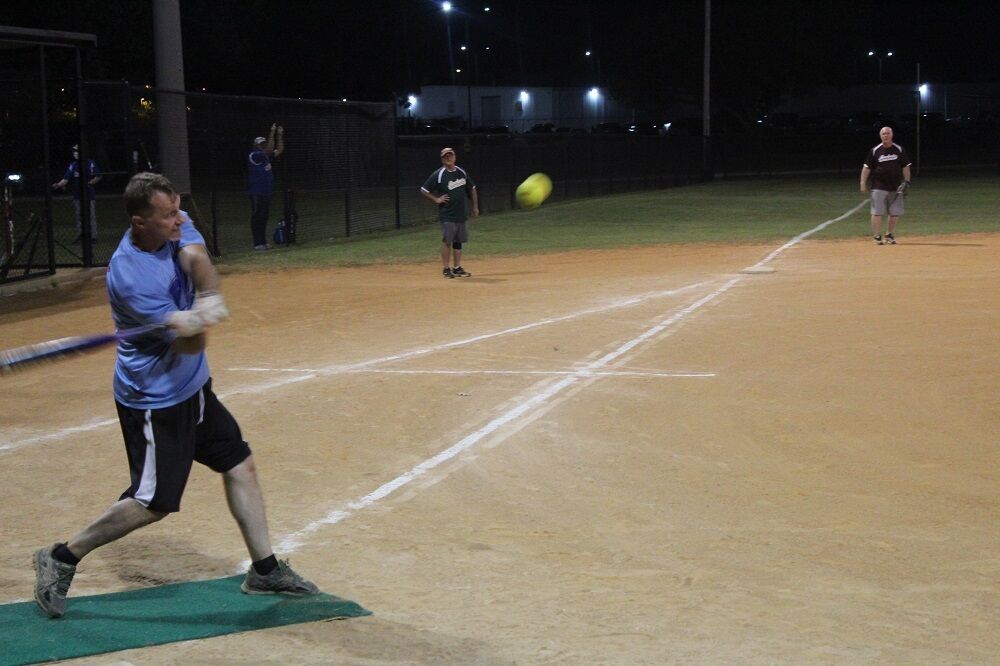 Down by three runs in their last at-bat, the maroon team responded with a power display.

Mark Hoffman’s leadoff homer sparked a 10-run rally as the maroon beat the green team 25-20 on Sept. 14 at field 2 in Brahan Spring Park. They play in the five-team Rockets league in Huntsville Senior Softball.

Hoffman hit another homer in that decisive sixth inning but it only counted as a run-scoring single with the bases loaded. That’s because each team is only allowed one home run in the final inning which has no run limit. Chris Maggio and Dave Battiste each followed with bases-loaded, over-the-fence singles. As he came to the

plate Eddie Johnson, the next batter, quipped that this power streak would stop

Johnson proved to be correct because he lined a two-run single to left field to end the scoring. All but one of the 10 runs were unearned because of green’s two errors in the inning.

“I just think we stayed close the whole game and then we just came alive in the last inning,” maroon player/coach Chris Maggio said. He pitched the last two innings to earn the win for the maroon (8-8).

Hoffman went 3-for-4 with a double, a walk, four runs batted in and four runs scored. Maggio and Denny Reasner each went 4-for-5. Tim Lawter had three hits with a grand slam. Battiste, Johnson and William Glaster added two hits apiece.

The green team (5-11) got two home runs from shortstop Scott Landers in his season debut. He went 4-for-4 with a double, three RBIs and four runs scored.

Left fielder Ragnar Opiniano, the Redstone fire chief, hit a two-run homer in the bottom of the first for the green on his breezy night. “It was all wind,” he said.

“We hadn’t played in a while. It’s been several weeks because of rainouts and we were rusty and just made too many mistakes,” Abbott said. “But maroon team played really well. Can’t take anything from them.”