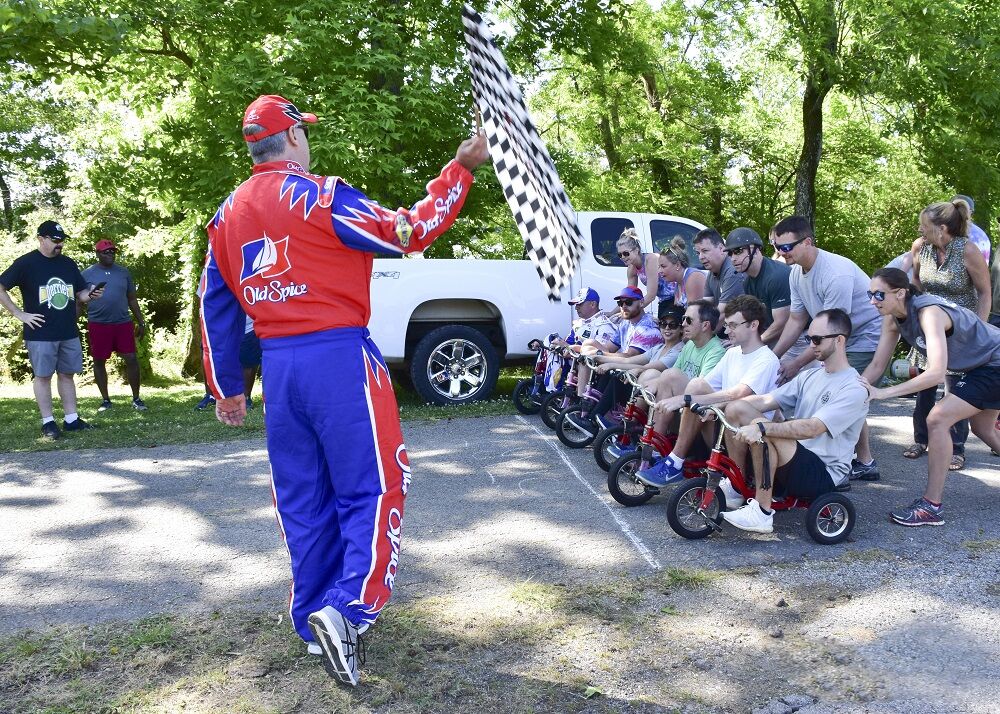 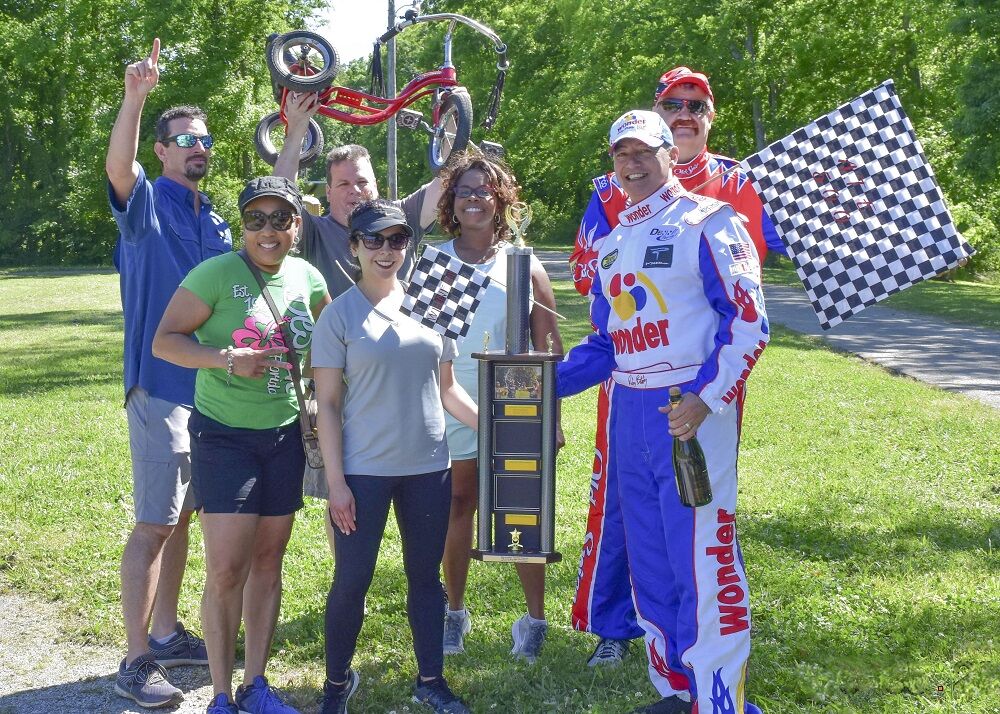 Six teams of four people; eight laps of grueling asphalt; a tricycle for each team, and hope for returning to a new normal.

Members of the Aviation Turbine Engines Project Office competed in the second annual ATE 500 Tricycle Race during the project office’s 2021 Organization Day, May 21 at the Col. Carroll D. Hudson Recreation Area. Because of the pandemic, this was their first in-person team event since 2019.

The Org Day was a chance for the project office to come together without a computer screen or microphone for the first time since the pandemic. ATE leadership and the operations team went to great lengths to ensure safety was the day’s number one priority during their outside event at the recreation area to include hand sanitizer, masks, individually packaged lunches, and an extensive first-aid kit on-hand. These safety precautions, coupled with the employees’ personal decisions to receive readily available vaccines, gave the ATE team confidence that the event could be done safely since it is a vital team-building event.

ATE leadership recognized those who went above and beyond in support of ATE programs and initiatives, new team members met co-workers in-person for the first time, and everyone had the chance to catch up with friends not seen in over a year.

The ATE 500 kicked off the day with the racers spread among the divisions and product offices: Team Logistics, Team “Alex” Tech, Team Business/T700, Team Improved Turbine Engine Program, and Team Headquarters. The race began with the ITEP team, the defending champions, having a strong lead until the LOG team began to pull ahead with Team “Alex” Tech closing in.

Then disaster struck. The LOG team’s tricycle’s main fork snapped. Luckily, Janice Sanders, ATE deputy of operations and master of all trades, repaired the tricycle while simultaneously racing for the Headquarters team. Back in the race, Jessica Rodriguez, logistics management specialist for the ATE Project Office, flew around the corners to finish the LOG Team’s last two laps. Times were called... The LOG team won with a time of 9 minutes followed closely by Team “Alex” Tech with a time of 9:25.

The Org Day is more than competing for a trophy and this year, it was a step to returning to the new normal after an unprecedented global pandemic shook our society and the status quo to the core. As a day of competition, reflection, and new beginnings, the ATE team demonstrated resiliency once again, a quality that keeps Army aviation flying despite adversity.