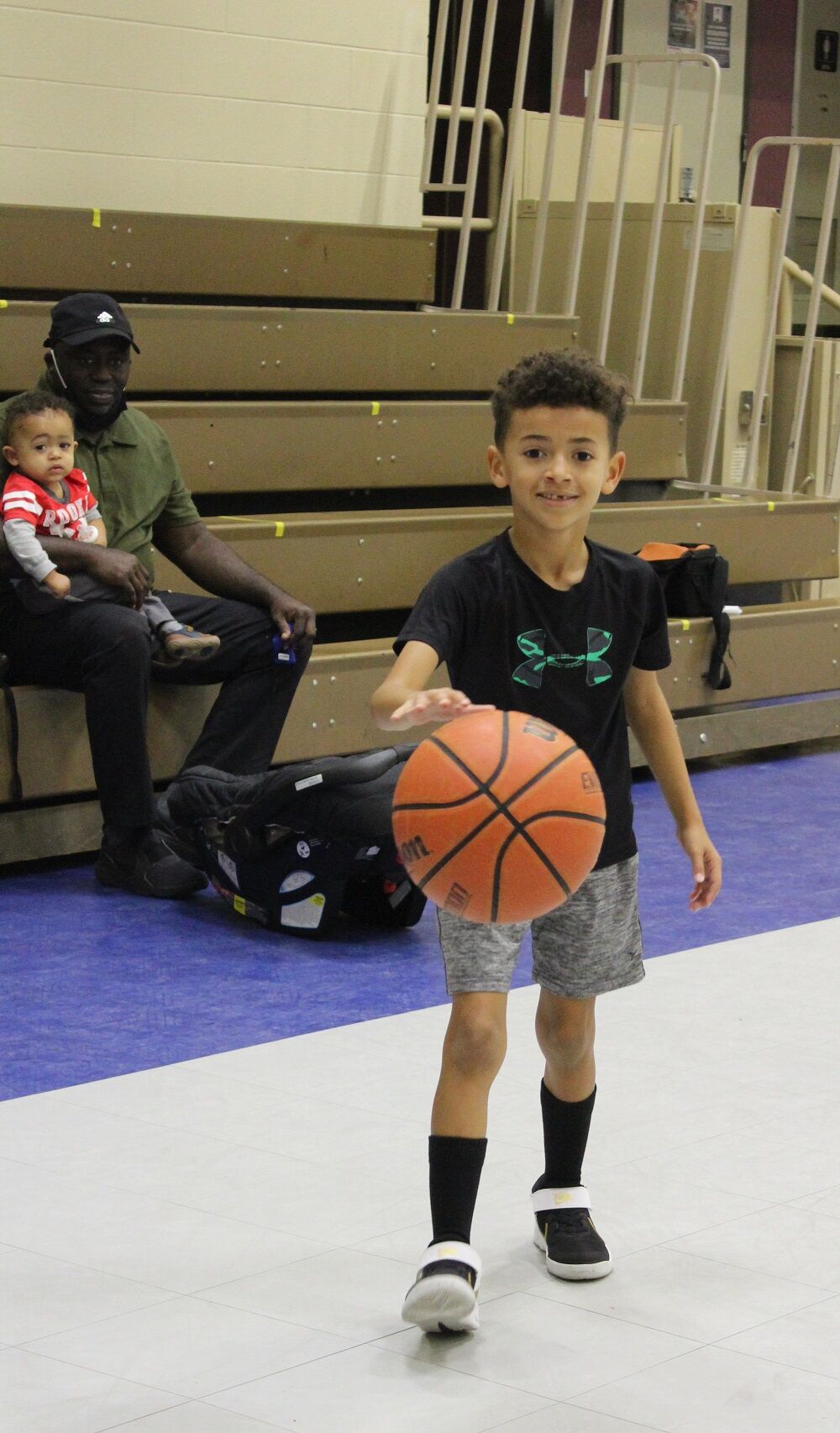 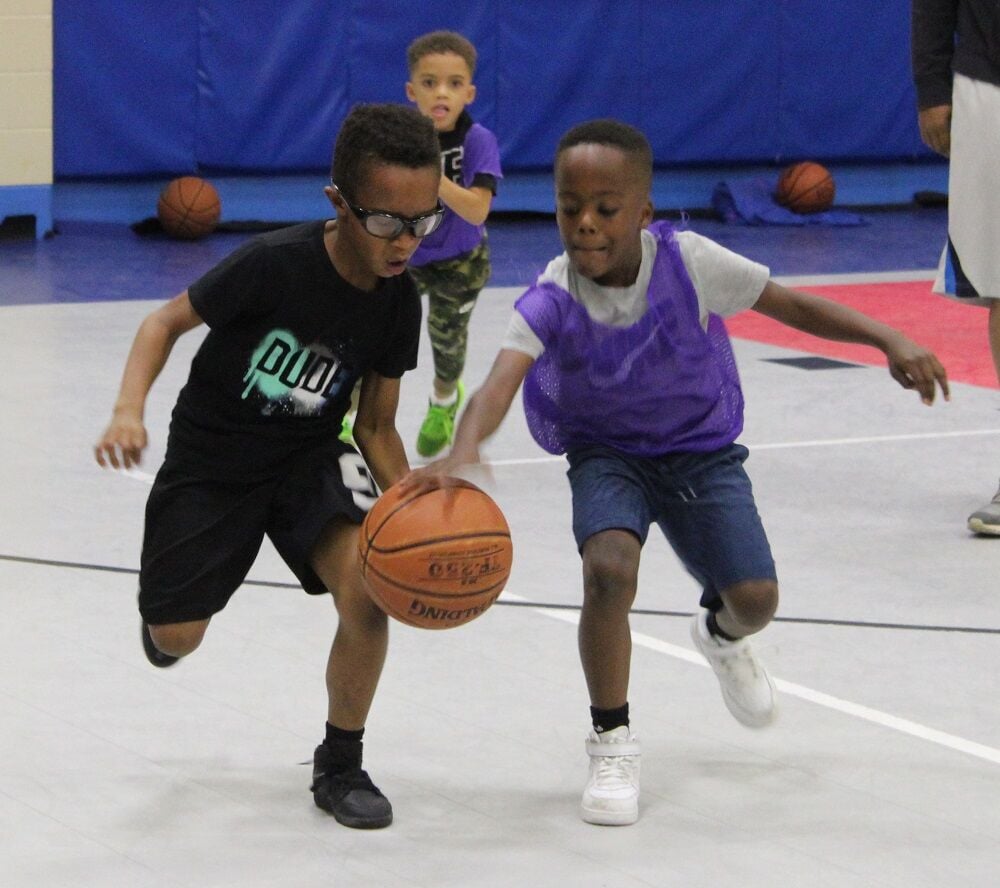 Christopher Scarborough took some shots at the basket before the rest of the 6-and-under Bobcats arrived for practice Dec. 20 at the Youth Center.

Looking on were his father, Alonzo, and his brother, Chase, 1. Alonzo is a logistics specialist for Army Futures Command.

“It makes you play better and get better,” Christopher, 6, said. Alonzo and Karyn Scarborough and their two sons reside in Huntsville. This is Christopher’s first year for basketball and he also had his first year in soccer.

“They work hard and they’re getting better each week.”

This is his first year in coaching. His nine players include his son, Sage, 4, and one girl.

“I love kids and my son’s out here as well so I thought I’d help,” he said of volunteering to coach. Elliott, 34, played freshman and junior varsity basketball in the ninth and 10th grades at Lee High School in Huntsville.

Redstone’s other 6U team practiced at the same time on the other half of the court. In the closing minutes of the hourlong session, the teams scrimmaged to a scoreless tie.