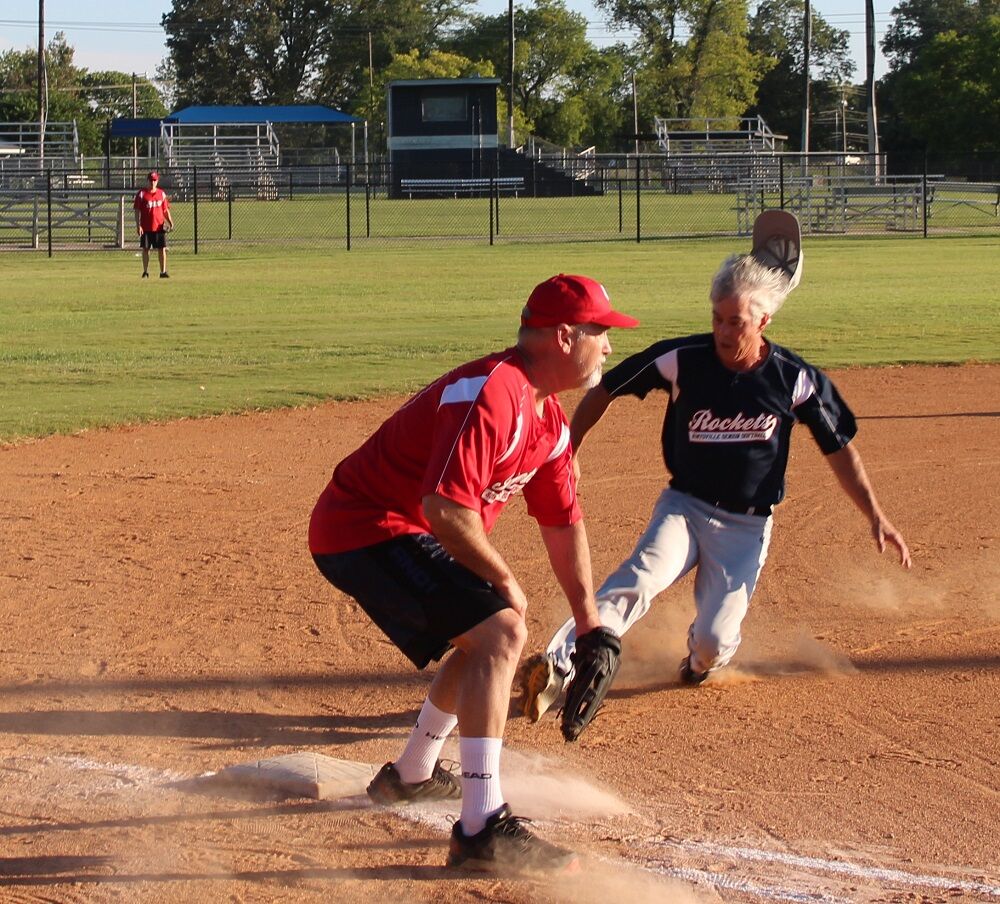 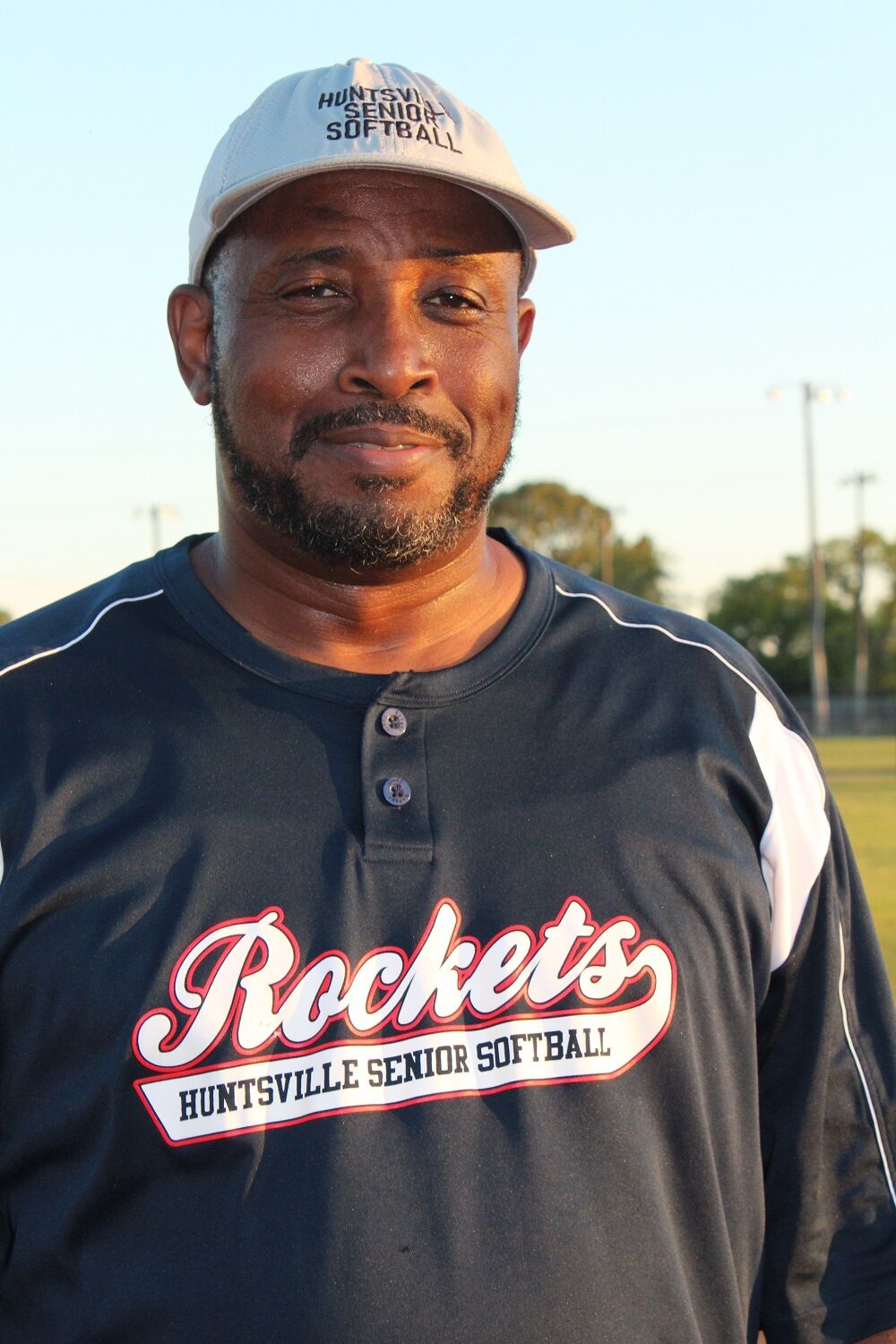 This was the third meeting for the best teams in the 55-and-over Rockets league in Huntsville Senior Softball.

And the navy blue team beat the red for the third straight time.

“We got the hits at the right time,” Ford, the cleanup hitter, said. He blasted his 12th homer in the third inning as navy blue (9-3) moved into first place in the five-team league.

“We hit well,” Guthrie said. “That’s it. Played good defense, too, but we hit well.”

Left-hander Michael Gundersen pitched all seven innings for the win.

“They just outhit us today,” Wickizer, the cleanup hitter and third baseman, said. “They were hitting the ball in the hole and they were making good plays. They basically had our number all season, the navy blue team. They’re hitting well and they’re not making many errors so they’re just outdoing us.”

“We ran ourselves out of it,” Haas said. “They hit well.”

The red team had two runners who were doubled up on the base paths because they tried to advance when the ball was caught in the air. The game ended on a lineout to shortstop Guthrie who tossed to second to complete a double play.